Such an exciting weekend! So many great photos and stories out of NYCC and what a treat to see the new Season 4 opening title credits!

In case you missed it:

Chills! I have chills!

One thing, though…did you notice all the hands? “No, how should I fear the touch of those vanished hands, laid on me in love unknowing? How could I be afraid of those that molded my flesh, leaving their remnants to live long past the grave?” -Drums of Autumn

Hands really are the perfect symbols for this upcoming season. Claire’s wedding rings- and their loss- drive one of the main plot lines for Drums of Autumn. Additionally, we have a country on the verge of being delivered from a monarchy into the hands of the people, a country built by the hands of immigrants and slaves, and a country taken from the hands of Native Americans.

A bit of speculation about all those hands…

WARNING: Spoilers ahead! Proceed at your own risk!

The slave murdered at the mill by the overseer? Those appear to be Claire’s hands- the hands of a surgeon and mother- taking care here.

This looks like Brianna, but I’m not convinced it’s when she time travels. I believe this is what she’s wearing when she goes through the stones at Craigh na Dun:

So perhaps one is a dream or flashback and one is the real thing.

Edited to add: astute Twitter fan @Lankford_HM has opined the first photo might be Fiona touching the stones after Roger goes through; I like that theory a lot.

Fairly certain this is Roger looking for Brianna in the eighteenth century. Some photos and videos of Brianna dressed in eighteenth century drag were leaked today, so I’m pretty confident this is her: 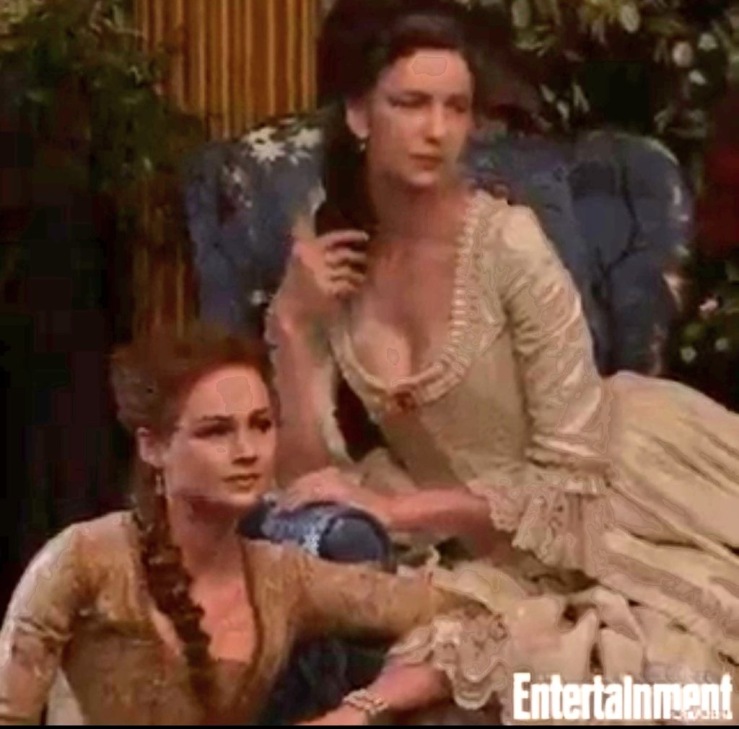 Those might be Claire’s pearls wrapped around Brianna’s wrist.

As with all things Outlander, only time will tell. In the end we are left anticipating Jamie and Claire and their family’s futures as they face this new world together, hand in hand. 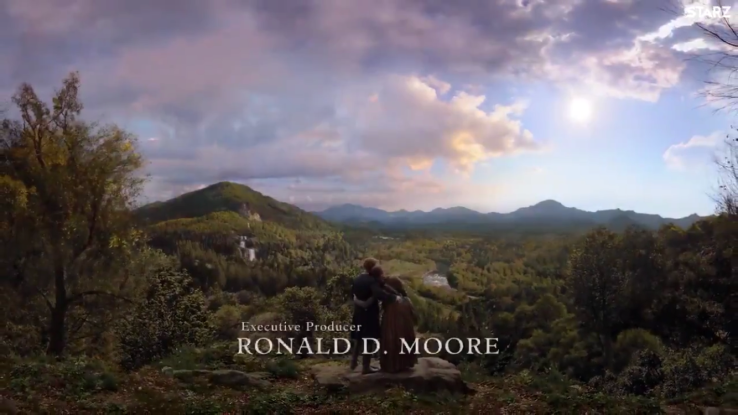 p.s. Lots of stuff in the works this week! I’ll have Part 2 of the Top 100 Moments post up tomorrow, as well as a character analysis of John Grey later in the week.

8 thoughts on “The Hands of America”