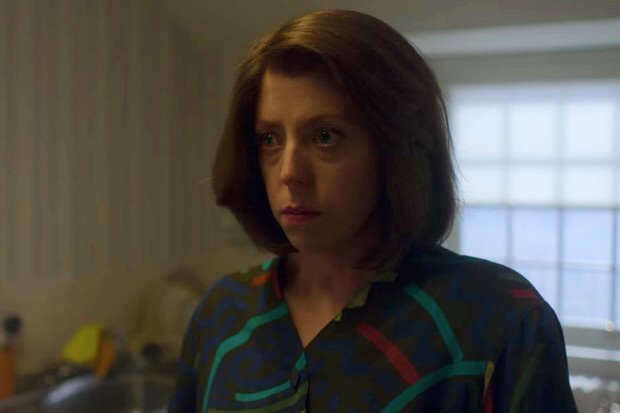 As a blogger, what I wholly appreciate about The Crown is its tendency to be fairly conspicuous with each episode’s theme, and this episode was no exception. Quite obviously, this episode focuses on mothers and children— the ways children fail their mothers, the ways mothers fail their children, and the ways a mother country fails or succeeds on behalf of its “children” territories. How much as a parent- or a parent nation- do we involve ourselves? Is it better to do nothing and approach with diplomacy, or do we send in rescue crews and embroil ourselves at the risk of war?

As Elizabeth so succinctly states for us, all the children are lost this hour. They have all gone “off course.” And while Thatcher is unapologetic about her parenting and favoritism, Elizabeth can’t help but blame herself for her children’s shortcomings. A woman who takes responsibility for almost nothing versus a woman who takes responsibility for almost everything…it is a reflection of their parenting and their respective relationships to the country (which is also a parent-child relationship of sorts).

Thatcher and Elizabeth represent different paradigms of parenthood- one (Thatcher) is what we might call the ultimate “helicopter” parent- involving herself into her child’s life to an extreme…sending in actual helicopters to rescue her child. Elizabeth exists at the other end of the spectrum, abiding by an extreme hands off parenting method, trusting that her children will eventually sort themselves out. Elizabeth is to her children as the UK is to the Falkland Islands: remote. “We can’t do nothing,” Thatcher declares, while Anne asks of Elizabeth, “Is doing nothing your solution to everything?”

The diplomatic thing to say as a parent, of course, is that you do not have a favorite child. But Thatcher clearly does not abide by diplomacy- whether in regards to her own children or an international conflict. It shouldn’t be a surprise that Margaret Thatcher, a woman who cares little whether people like her, also cares little if people know she doesn’t like them. This evidently also applies to her children, as she makes no secret that her favorite child is her complete twat of a son. In nearly every episode Morgan seems to argue that Thatcher harbors quite a hit of internalized misogyny, and in that I don’t think he’s incorrect.

Throughout this season Thatcher repeatedly extols the virtues of her father, with whom she credits her success. Her mother, she argues, was weak-minded and content with “only being a housewife.” Yet this episode quite clearly shows the hypocrisy in that misogynistic line of thinking, for Thatcher no doubt forgets her mother’s probable contributions to her upbringing: meals so Margaret could study without feeling hungry, an orderly home in which to grow and thrive, clothes and doctors appointments and dental exams and school meetings and weekly shopping and ALL the infinite ways a stay-at-home contributes to their child’s success. Thatcher’s daughter quietly serves Margaret and the Chiefs of Staff as they gather round to discuss the impending war, and this domestic labor is lost on Thatcher as well.

Elizabeth discovers her children are, in turn, entitled, depressed, narcissistic, and pedantically ego-centric. I found Charles in this episode humorously frustrating, as he waxes on about rejecting conventionality, all the while examining the silverware’s placement with an obsessive perfectionism and adherence to protocol. Thus we see Charles and his flaws succinctly— a man who believes himself special or different but is actually perpetuating that which he rejects.

And this extends to Charles’s own relationship with the mother of his own child(ren). As he rails against his family for failing to provide him with happiness or support, he screams outside of Diana’s bedroom and fails her (and their unborn child) repeatedly.

Charles views Diana as Thatcher views her daughter and mother: weak. And this is the way that women have been dismissed throughout the decades: when they don’t conform to another’s expectations- whether it be their child’s or their spouses or their bosses, etc- they are conveniently dismissed as being weak or flawed. It is rarely considered or suggested that those who are doing the demanding adjust their expectations or perspective. It should be noted that in real life Diana’s reputation as a good mother was rarely debated.

And thus the episode ends with Margaret Thatcher sending other people’s children off to war…other people’s sons and daughters sent to a remote land to fight on behalf of their mother country. Watching other parents tell their children to return home safe, after she spent a relatively short amount of time worrying for her own child’s safety. Who can ever say for certain what is the right way to parent, but we do best to remember we are all ultimately children.