Warning: this post has a political tone and discusses feminism. If you prefer not to mix your entertainment with politics, you might want to opt out now. Thanks in advance for reading.

Contains spoilers from The Spanish Princess, Episode 6: A Polite Kidnapping 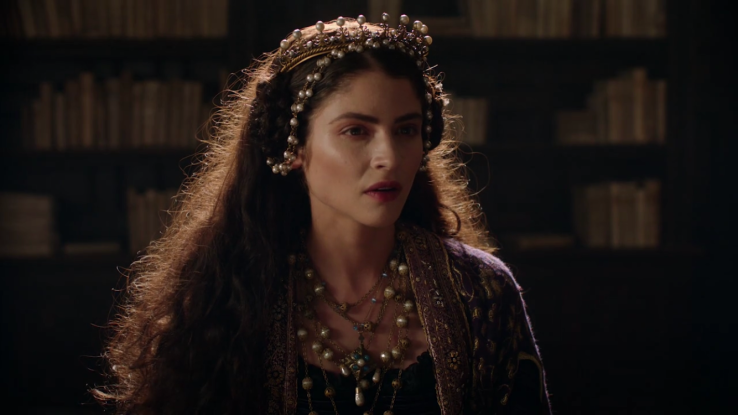 I had to sit on this one a bit, my friends. Of all the episodes this season, I found this hour hit a little too close to home. I’m not sure if showrunners Emma Frost and Matthew Graham intended for this series to be so politically and culturally relevant, or if the show’s relevance is just a sad reflection on the stasis of women’s rights across the centuries, but here we are. Let’s discuss. 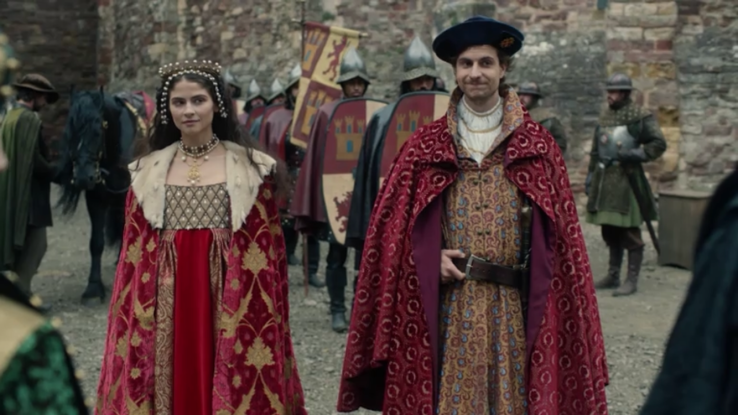 The introduction of Joanna is important, because she’s a historical figure that we might view differently through our modern lens (Or maybe not…more on that later). Known historically as Juana la Loca (Joanna the Mad), she was basically held prisoner for most of her adult life for purported insanity. But this week’s episode gave us a great examination on the theory that Joanna was possibly one of the most gaslit figures in history. First, some definitions for the purposes of our discussion, both quoted from Wikipedia. Gaslighting is “a form of psychological manipulation in which a person seeks to sow seeds of doubt in a targeted individual or in members of a targeted group, making them question their own memory, perception, and sanity.” Patriarchy is “a social system in which men hold primary power and predominate in roles of political leadership, moral authority, social privilege and control of property.” 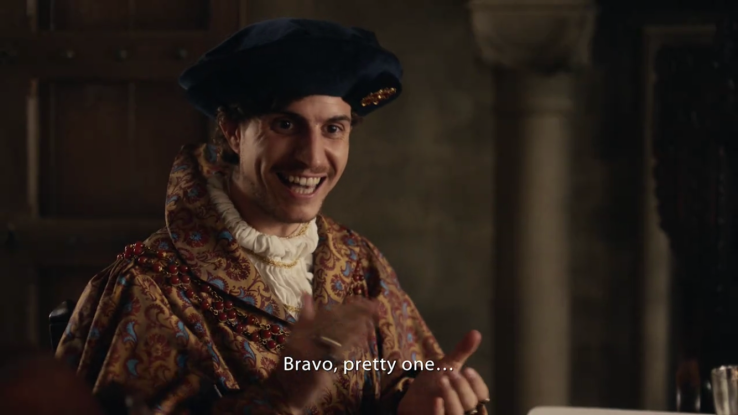 How are they related? Well, as this episode makes abundantly clear, the patriarchy- as a systemic entity- uses gaslighting frequently as a means of control. Joanna, as she is written in the show, encompasses all of it. 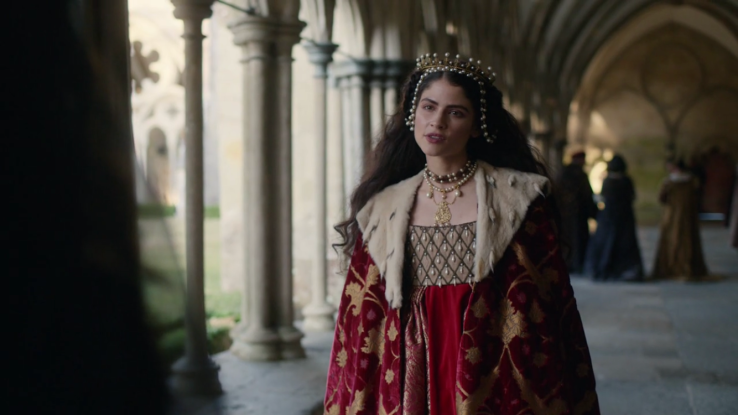 She’s damaged by child abuse, but even Joanna’s own sister questions her memories– highlighting that sometimes women can be just as culpable of reinforcing toxic societal norms. Joanna is upset about her husband’s philandering but is accused of being crazy when she deigns to care. She is the rightful monarch of Castile, yet her own father and husband work to actively undermine her. Perhaps Joanna does eventually become mentally unstable, but only after years and years of abuse, betrayal, and- yes- gaslighting. And the saddest part of Joanna’s story is how very little has changed. In a year where the rights of women are being determined by groups of men in power, the oppression can still feel very real. True, we’ve come a long way since the sixteenth century, but the ethos and fight for gender equality haven’t really changed all that much.

Take, for example, all the ways in which women are gaslit and dismissed on a daily basis in our current time. You’re offended? Try to lighten up. You’re upset? Don’t take things so seriously. You wanted that promotion? Maybe you shouldn’t have had that baby. You have troubling memories and experiences? You’re probably remembering them wrong. You were victimized? You shouldn’t have worn that/gone there/trusted him.

The bottom line? The experiences of women are open for interpretation by others seeking to keep the power imbalance. You’d be prettier if you smiled more often. Calm down. Act like a lady…etc, etc. Sadly, the list goes on and on and on. It’s there in the ways we are treated everyday– in the way we talk about rape or harassment or abuse. It’s on television, in our movies, and in our workplace. It’s there in Supreme Court hearings and presidential debates. Women have to shout to be heard and when we do yell we are then accused of being hysterical. 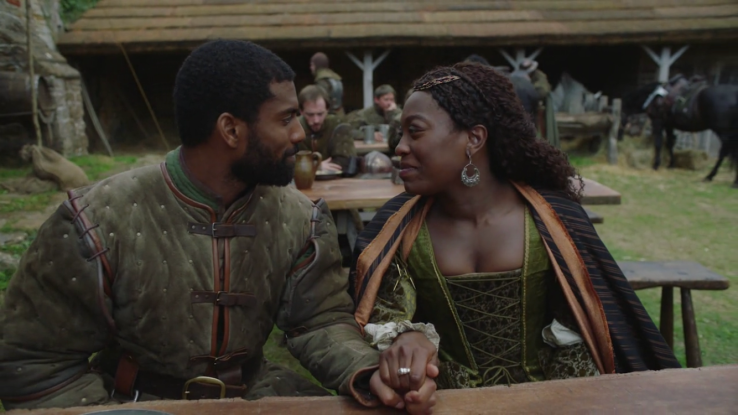 I’ll just get it out of the way and say #notallmen. Of course not all men. I’ll say it loudly for the people in the back: hating men and hating the patriarchy are very different things. I was raised by a good man. I married another. I have two little men-in-training. I love men– I love their strength and humor and the way they look in slim fit shirts from J. Crew. There are good men out there working hard and supporting women and raising families and we should applaud them. I love me some men, okay? But A Polite Kidnapping is a unique hour of storytelling because it features almost all of its male characters behaving badly in ways that feel depressingly familiar. Henry cannot stop himself from viewing Joanna through a simple sexual lens…her importance to him is mostly in the way she looks; he completely dismisses her political power. Philip is constantly and openly unfaithful, but lashes out at Joanna for calling him out on it. Even Oviedo, for all his goodness, also displays some degree of toxic patriarchal attitude– he refuses the dowry from Catherine, proudly claiming he alone will provide for his wife. That’s a noble thought, but how many women in the world suffer on behalf of their man’s pride? Too many. Men refuse charity on account of dignity, and women and children are often the collateral damage. 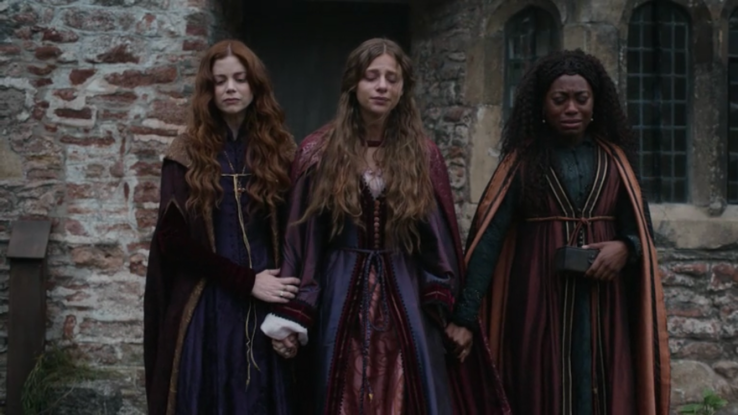 So where do we go from here? I suggest we take a lesson from the beautiful friendships of Catherine, Lina, and Rosa– we hold each other’s hands. We are there for other women, without judgment, in their times of need. Like Joanna, we never stop pointing out injustices as we see them. Because we know a woman’s worth is more than her looks or what she can provide for men. And maybe we can envision a different ending for Joanna, where she time skips ahead a few centuries, becomes a Supreme Court justice, and burns this whole place down.

2 thoughts on “The Spanish Princess Ep. 6: A Polite Kidnapping”