Here we are— the penultimate episode! But since I’m writing this recap so late (work, kids, general summer inertia, ah!) I thought it would also be fitting to look ahead to the series finale and discuss why I think this series has been important and noteworthy. Because, yes, it is beautiful people in beautiful costumes in beautiful castles. And, yes, it is also a retelling of the Tudor history, which seems to hold its appeal and allure across different entertainment generations and genres.

But, more than those things, this series is different in its approach and what it is asking of its audience— like its characters, the show forces us to question what we think to be true. It makes us re-examine the common narratives of history and our knee-jerk reactions to information that doesn’t fit those narratives. Most importantly, it attempts to tell the history of those whose stories were stolen— the stories erased by those wishing to create or maintain a record that fits their world order or agenda.

Catherine of Aragon is a figure classically portrayed as old, desperate and delusional— a woman unable to move on. Her story is a spin on modern-day divorce tales: we’ve never been happy, she doesn’t understand me, she’s changed, etc. The truth is a often bit less one-sided. So this series explores the other side. Here Catherine is young, full of agency and love, independent and smart. The Spanish Princess returns to her the story that was stolen long ago by a husband looking to spin it in his direction.

Returned, too, are the stories of people of color in medieval England. They were there, living full lives separate from the context of slavery. That some viewers claim the show is attempting to make some politically correct statement is very telling…to some extent we’ve all bought into a version of history created by those who have the loudest voice and largest platform. Others’ stories have been intentionally lost in the process, and so what we think we know as truth is simply a convenient version for someone else.

And that broad theme of lost or stolen stories is examined nicely in this episode, aptly titled “All Is Lost.” Theft and thieving are present in nearly all the story lines, from the hanged thief at the beginning of the episode… 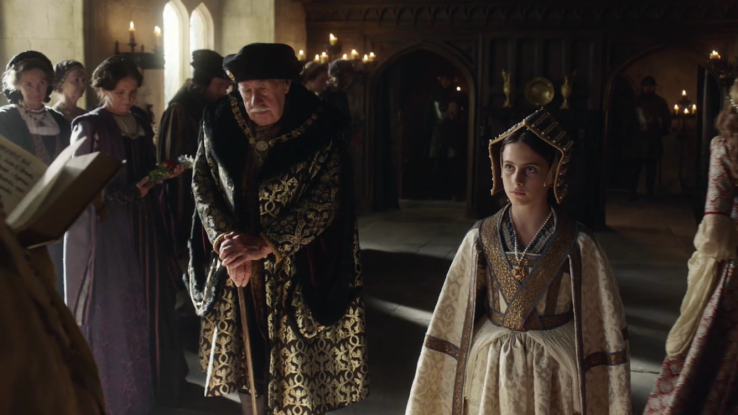 …and attempts to steal the crown:

In a fun cameo, we even have a premonition of Catherine’s stolen future, as she meets a very young Anne Boleyn: Finally, we see that Joanna’s freedom and crown have been stolen by her own father. Like so many women in the centuries before and after, her voice is taken…her story stolen by the powerful people in her world.

So, as we look forward to the season finale, we are left with a tough question- whose stories are we willing to believe? The ones that fit our own narrative, or the ones that push us outside our own comfortable bias? Are we stealing the truth from others when we dismiss their accounts? Or are we willing to hear and believe a different version and return the power to those whose voices have been intentionally lost? Who have we robbed and what are we willing to give back.