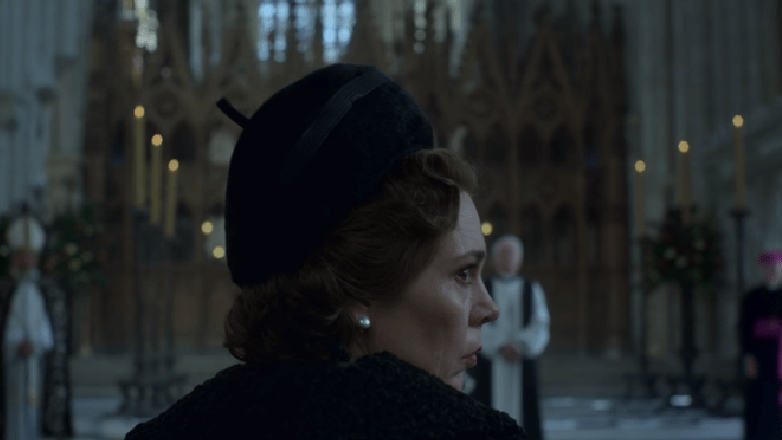 Okay. Let’s do this.

So I had absolutely no intention of recapping The Crown, but this third season pulled me in and I love Tobias Menzies so here we are. I honestly don’t know if I’ll recap all of the episodes but I’ll do my best.

“We look at a painting and immediately want to know it, understand it. But can anything ever be fully understood?”

What really lies beneath the surface? As Blunt lectures, perhaps nothing can ever really be fully understood. More specifically to this episode, people have hidden agendas and create more flattering versions of themselves. The more accurate question might be, can anyone ever be fully understood? Or trusted?

We are introduced to the theme of the episode right out of the gate, as Elizabeth analyzes two versions of herself. It’s a scene meant to tie us to the previous seasons, and as exposition it explains the passage of time and the introduction of a new cast. But the scene also alerts us that in this hour we will be dealing with the concept of duplicity. From old and new versions of ourselves… 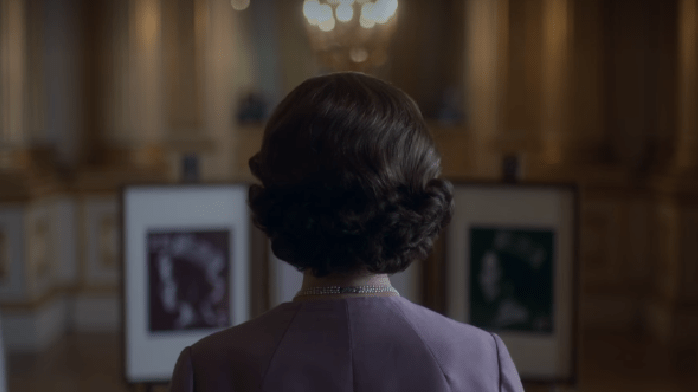 …to “enigmatic” paintings with hidden portraits underneath…

…to spouses who spy on their wives…

…to family members who maybe keep their own secrets… 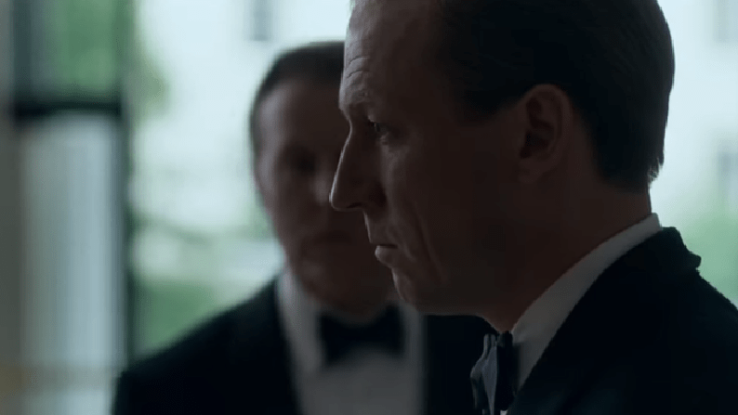 …to actual spies living within the walls of Buckingham Palace…

…people and objects are perhaps not what they seem on the surface. Ironically, it is the man everyone suspects of being duplicitous who is arguably the most honest of them all. 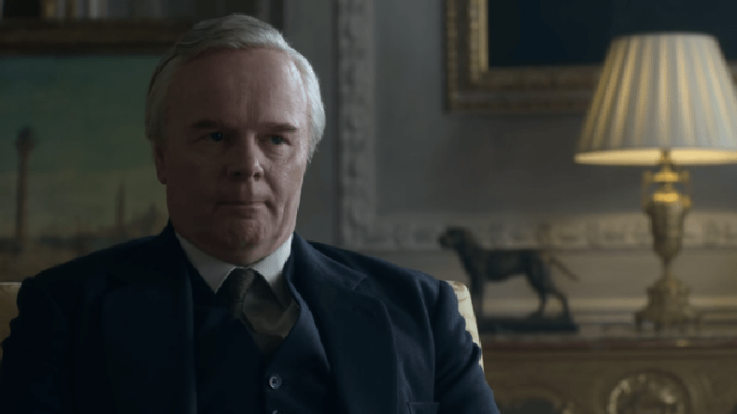 Conspiracy theories swirl around Harold Wilson this episode, but he is more or less an open book. As Elizabeth notes, Wilson is ordinary in nearly every way. And with good reason– he is meant to represent the Everyman, both literally and figuratively.

Like the mathematics Wilson prefers, what you see is what you get– a personality that is so foreign to Elizabeth that she can’t immediately name it. In her life she is constantly surrounded by people who affect themselves or lie in her presence. She dismisses comments from Post Master Evans as barefaced flattery, for example. Wilson, in contrast, is so honest that his forthrightness only amplifies her suspicions. 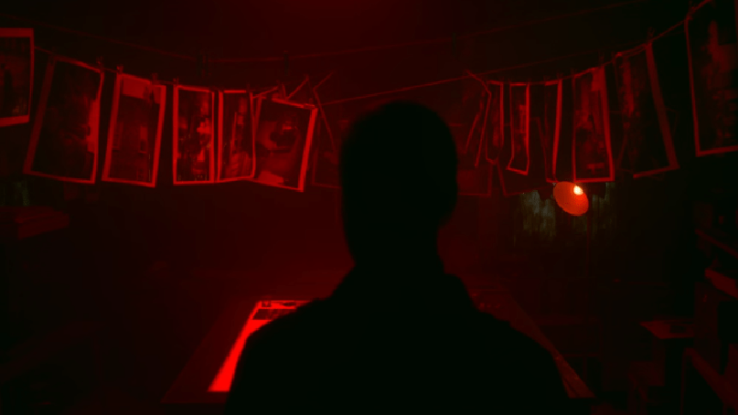 Uncertainty and espionage are unsurprising subjects for a period drama set in the 1960s and, indeed, this whole hour has a very Cold War feel (note the red-hued, Russian propaganda-type vibe of Snowdon’s developing room). Larger conspiracy theories aside, this episode does a nice job showing us that it is often the ones closest to us that remain the biggest mystery.

Margaret laments with Tony she never knows what man she will get from one moment to the next– he is loving one minute, cold and distant the next. He is an enigma with whom she lives. Henry’s birthday scene is similarly paradoxical…it is happy one moment and abruptly turns tragic as it is interrupted by the notification of Churchill’s death. 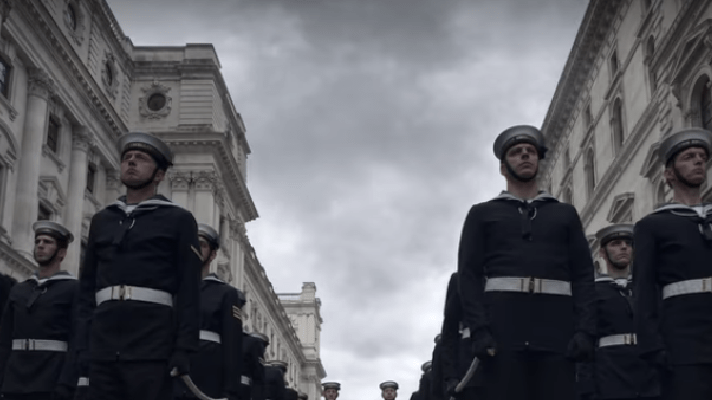 Churchill’s death has an obvious effect on Elizabeth. She has lost a trusted advisor and confidant and she worries that she cannot trust her new prime minister. The real emotional blow, however, comes later when she learns about Blunt’s deception. The shock and sadness that wash over Elizabeth’s face solidifies how very alone this woman must feel much of the time.

Similar to pentimentos, Blunt is like an artist wishing to create a more flattering version of himself; he manages to hide in plain site. As Blunt later tells Philip, sometimes we tell a lie so often that it becomes our own truth.

This stands in stark contrast to the beginning of the episode, in which an artist has honestly captured an older Elizabeth on the new stamp. Elizabeth is matter-of-fact about her aging; there is no need to paint a more flattering picture as she is aware and pragmatic regarding the passage of time.

The word pentimento is Italian for “repentance,” and there may be no better way to end this first episode with thoughts of regret. From the slow decline of a marriage… 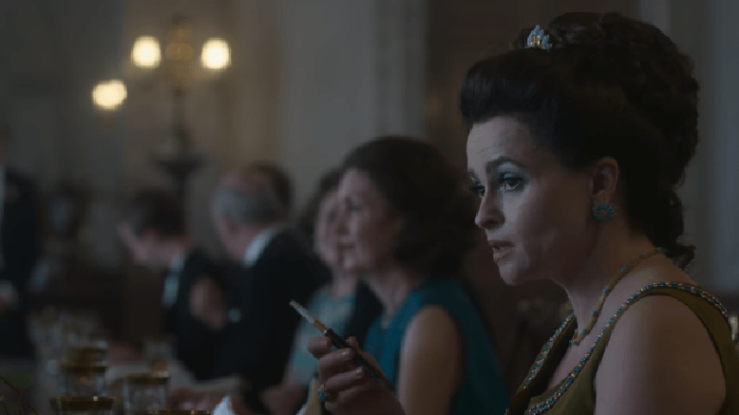 …to perhaps wishing we had not misjudged those around us.

And, indeed, we end this episode with Elizabeth apologizing to Wilson. He is a man without mystery or, at least, he’s being written as one. His character is a direct foil to Blunt’s– the personifications of Truth and Deceit from Carracci’s painting. As with art, time reveals meaning and truth eventually comes to light. Deceit has a “second, monstrous visage,” and that visage is often the last place we think to look. 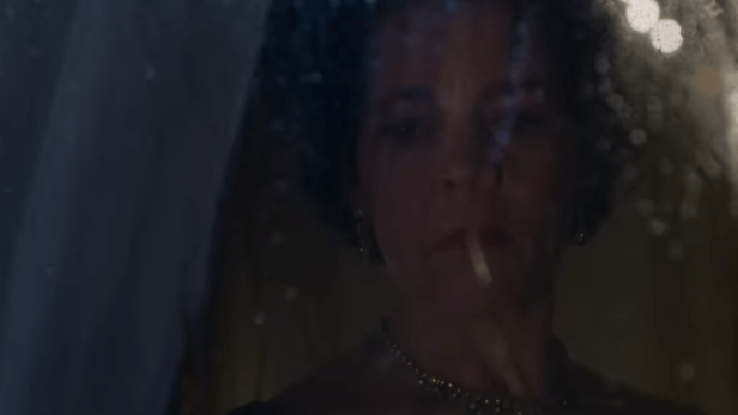